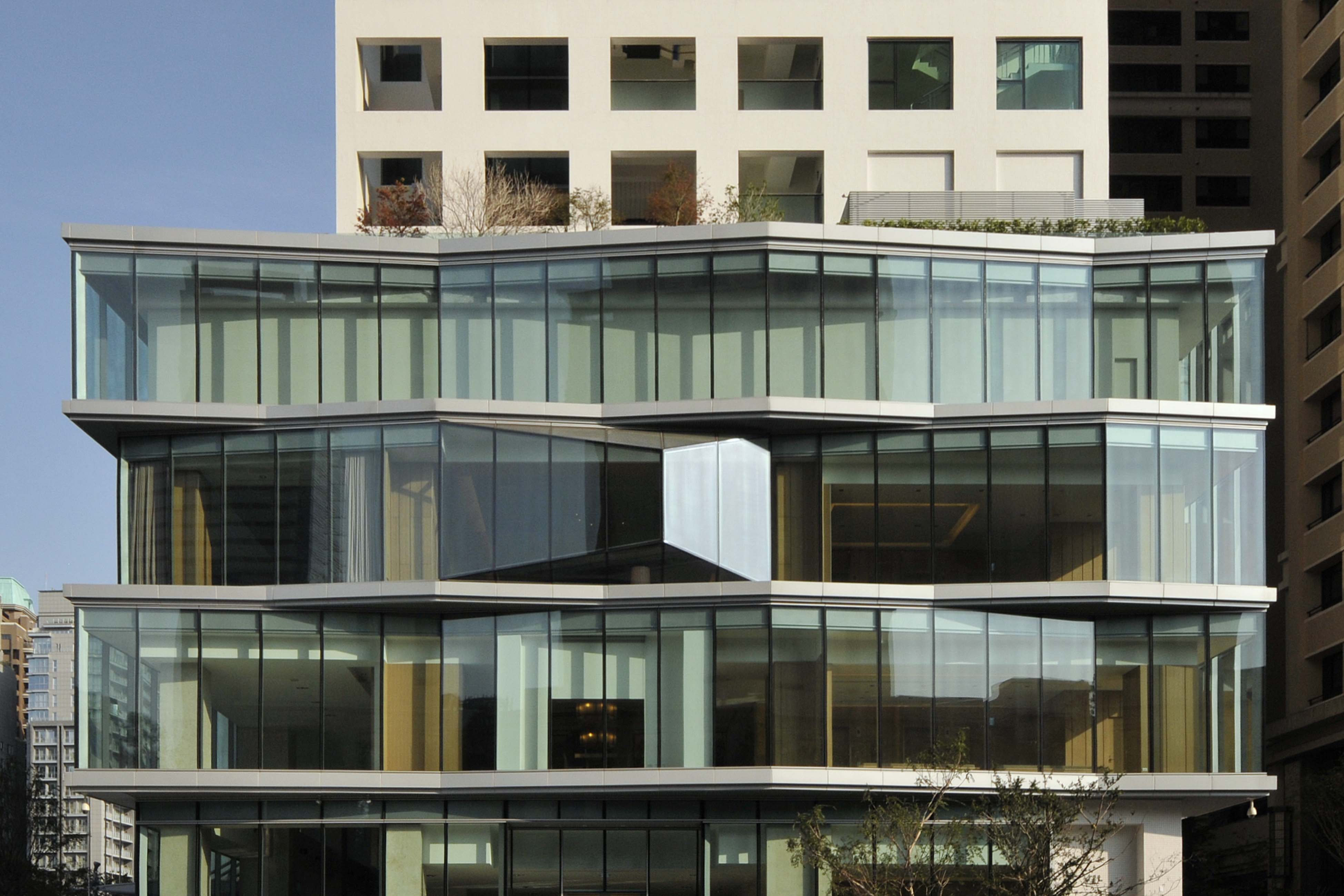 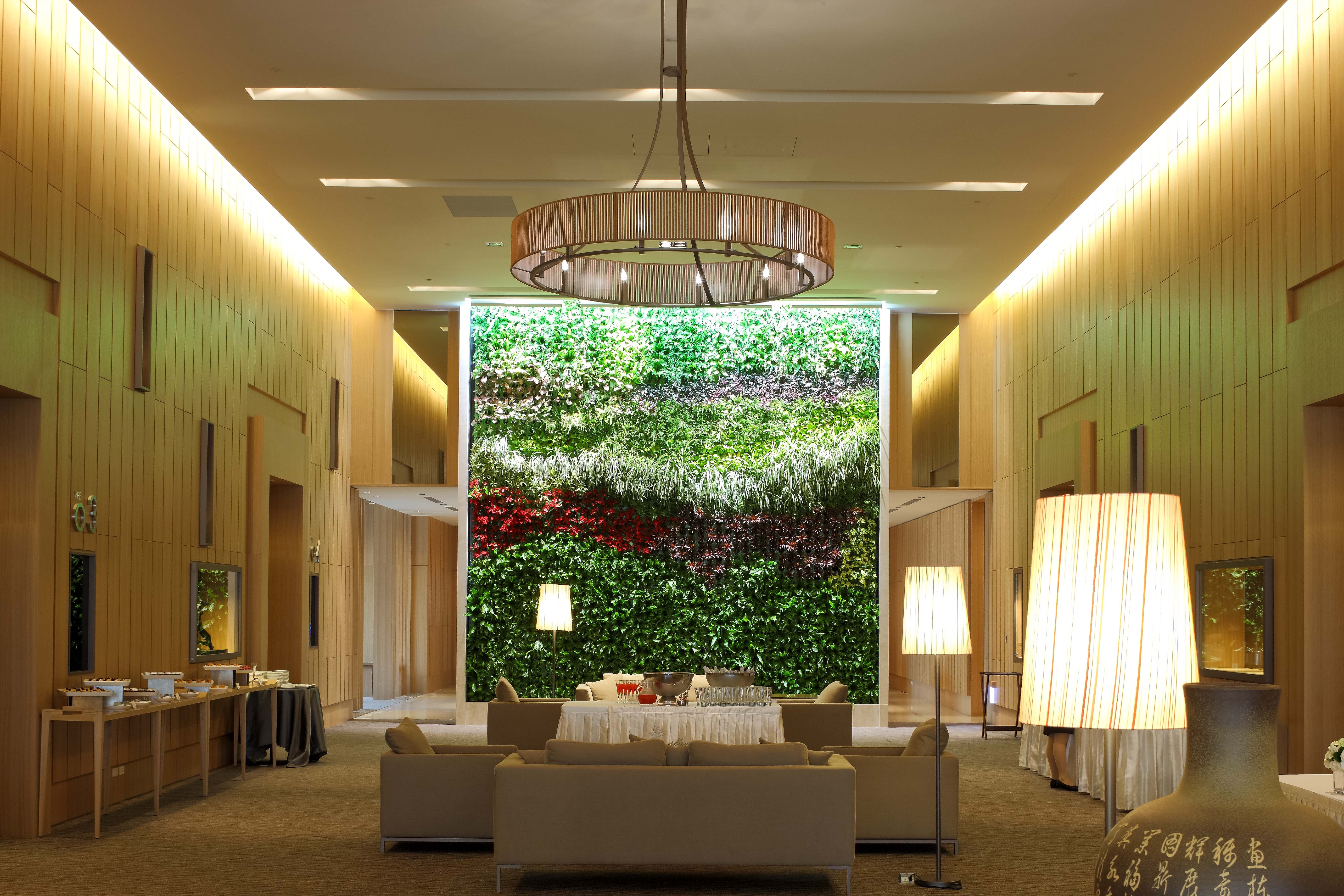 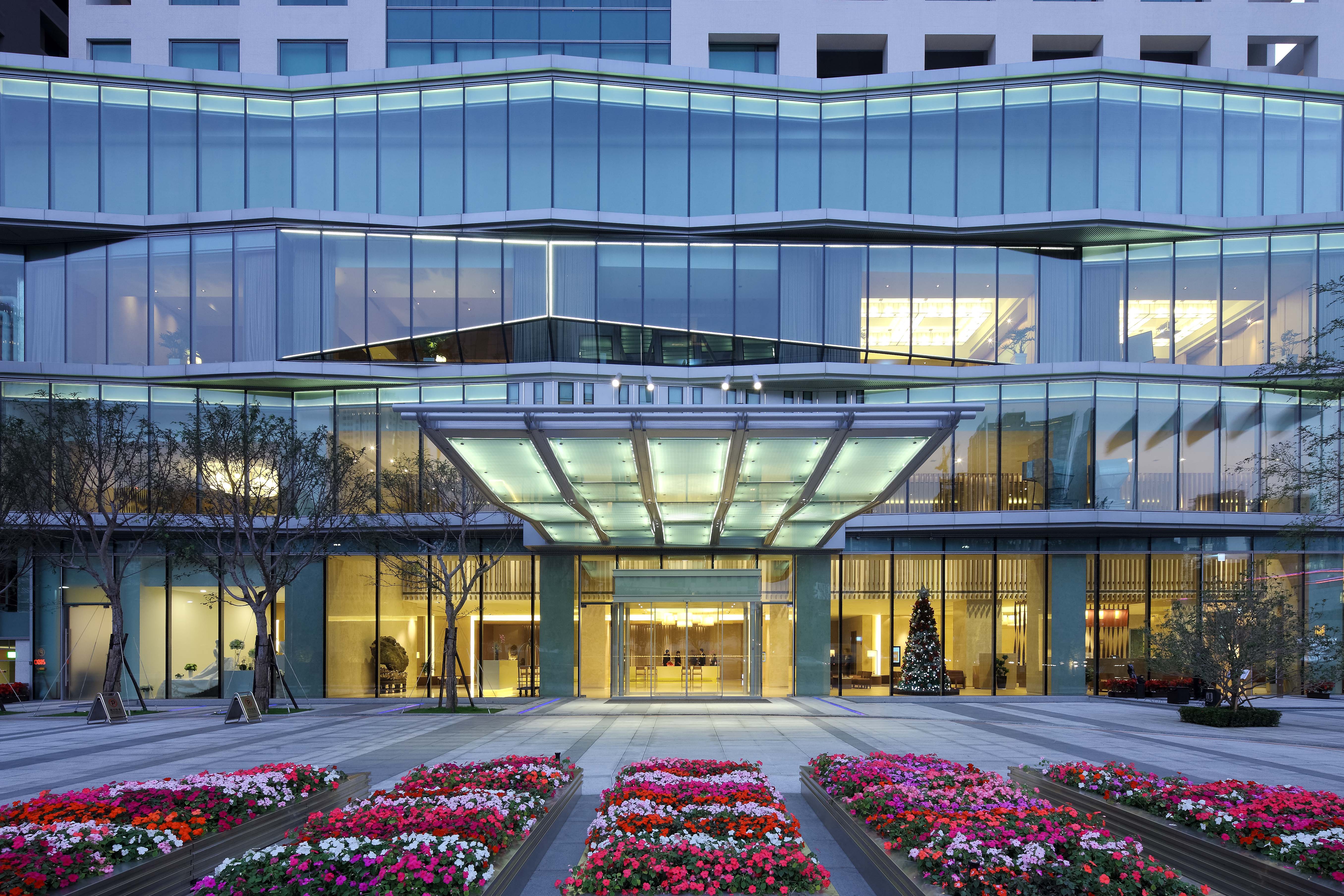 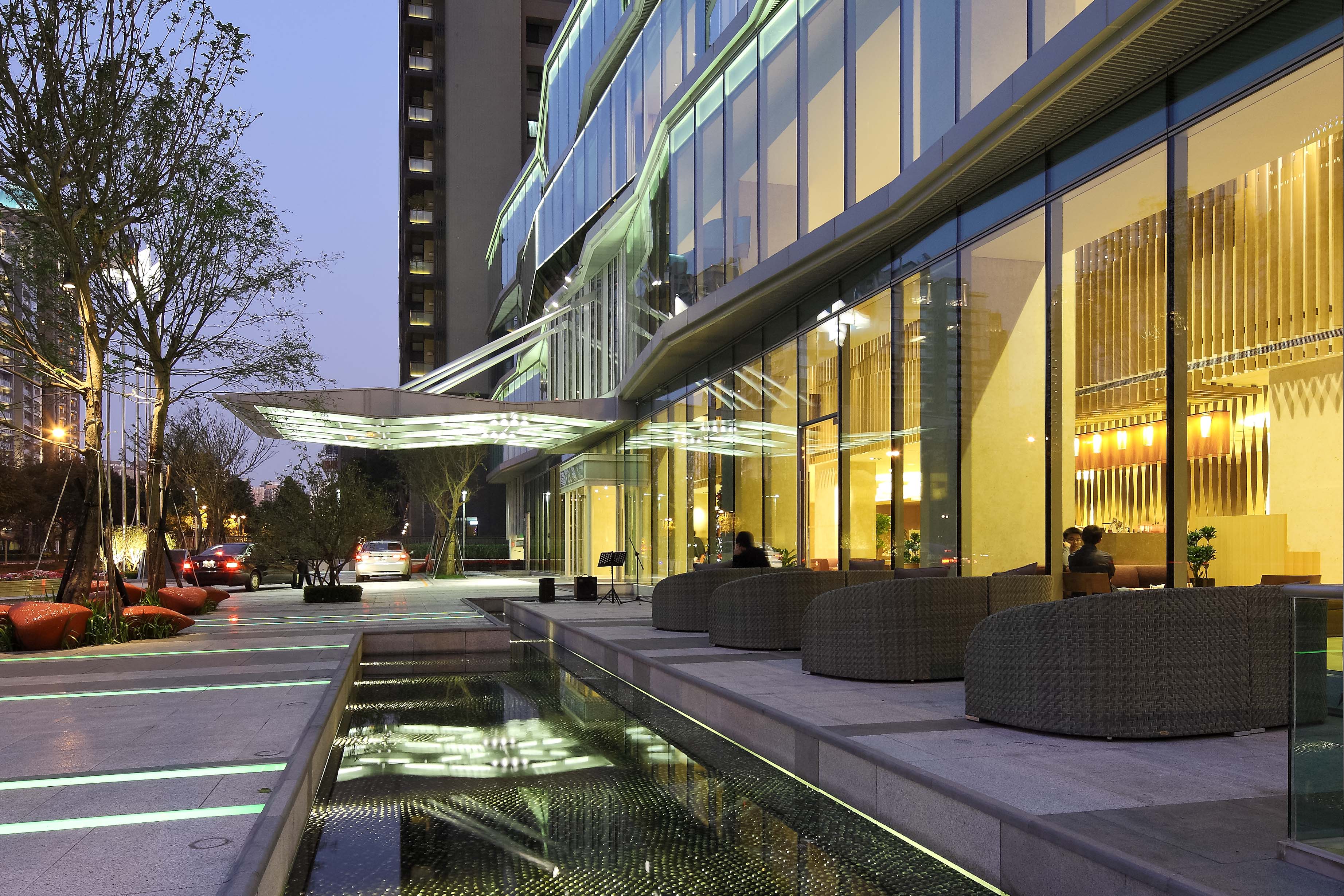 There are two main reasons when one chooses a destination city to spend his or her vacation in: The first being purely for the city itself and the unfamiliarity or cultural shock it might bring; and the second being for an exciting hotel experience and environment that is an enjoyment for all senses.

Recently, the Seventh Rezoning District in Taichung City has slowly matured in its development, and offers an exciting spirit not unlike that of Soho in New York City. In this new neighborhood, there exists an increasing amount of uniquely designed architecture. Around the corner of Shizeng Road, with the rhythmic tree patterns, through the floral garden at the front plaza, one encounters a hospitality architecture that simultaneously exhibits simplicity and subtlety in its creative design.

The Millennium Vee Hotel is not only the first hospitality architecture in the District, but also a creative urban space, not unlike some of the most advanced urban hospitality spaces in Tokyo and Hong Kong. On the one hand, it offers the contemporary travelers an environment to immerse themselves in art and design, and on the other hand, it is a creation that embodies and reflects this new and vital neighborhood.

The high-rises in the Seventh Rezoning District features a variety of styles, ranging from Classical, Modern, to contemporary. Consequently, the success of the project lies in the manipulation of form and the utilization of colors – important factors in the materialization of this iconic building.

Because of the lack of direct sunlight caused by the north facing orientation of the site, the architect chose pearl white as the background color of the entire building. The glazing panels in green hue are cut and folded around the perimeter of the base, forming a crystalline space that resembles rare gems against the white background. Upward from the base and the regular rectangular window openings towards the bottom, seven cloud shaped balconies begin to appear and encircles the façade. As the structure rises, the regularity also begins to break as the window openings gather the different stylistic motifs of the nearby buildings and collage them onto the elevation. The building design thus becomes one of its kinds in the district, proclaiming itself as an icon by simultaneously embracing and opposing the surrounding.

The Invaluable Treasure in the District

The project was given to the architect when the structural construction of the basement was already completed. In addition to this existing limitation, the idea to reimagine what a commercial hospitality program could be further increased the challenge of the project.

In response to the context of the District, the crystalline form at the base of the Millennium Vee Hotel, shimmering through the reflection and refraction of light, aims to also act as a large-scale public artwork, brilliantly sit at this urban corner.

Furthermore, the proportional subdivision of the base allows for expressive lighting displays at night, with various layers of lights overlapping and interweaving one another, once again materializing the structure as a gem in the city. Via the floating cloud forms, the viewers are enticed to extend their gaze upwards, focusing finally on the public program space on the top level housed in the glazed volume.

To the architect, the entire process of conception and discussion is but for one main purpose: to realize and complete the design vision, and to turn abstract concept into materialized existence. Architecture is a materialized representation of the ethos, and thus progresses with time, and constantly renews and challenges itself and the environment it is in.

The act of design is never fully complete exactly because of this constant progress of our society and technology, and the architects will forever be in pursuit of his or her incomplete ideas and visions. In this particular project, the upward floating cloud forms not only represent this never-ending design endeavor, but also, in a deeper sense, symbolize the pure aesthetics in the act of creation that architects and designers ultimately seek. The incompleteness not only allows the ideas to be maintained in the form of thoughts and imagination, but also provides them spaces to grow and be further developed. The incompleteness also gives us a chance to perceive the potentials of that particular age, and nurtures the possible growth of those seeds previously planted with the nourishment of the to-be-continued dreams.